Im further from the end than when I began

I shouldn’t be here. I should be in Alice Springs. But somehow I’m walking towards Parliament House, further from the Alice Springs than when I started this journey in April.

I have cried for various reasons in my life, however, as I walked the last 3kms towards parliament house I had one of the most unique tears I have shed in my 37 years. I can’t quite put my finger on the exact reason it started, but I found myself overwhelmed. One thing this trek has gifted me is a lot more time to think, a lot of the time overthinking. When you spend 6-10 hours walking 3-6 days a week I find myself caught up in a head-on collision between the person that left Perth seeking adventure and the possibilities of the person I hope will emerge at the end of this expedition.

For one of the first times on the trek, as I approached Kings Bridge to walk up to the head office of our nations bush capital, I allowed myself to let the moment seek in. John Williams “Raining on the rock” was playing on the speaker atop of my faithful lead camel Ted, the version he sings live with Aboriginal artist Warren Williams, as the Australian Flag atop Parliament House came into view.

I wasn’t expecting that first tear on my cheek, but when it dropped, I realised I had just cried my first tear of joy, of pride, of achievement. When this crazy idea first came to mind, I had no idea if I could even get to step one but 3 million steps, 2,000kms and nearly two years later I had reached a point further than I thought possible. I think that was a part of my heightened emotional state, but when I thought about it as I stepped towards the bridge, eyes affixed on our flag, I realised my tears were not because of what I had achieved but instead because of what I had discovered on the way. 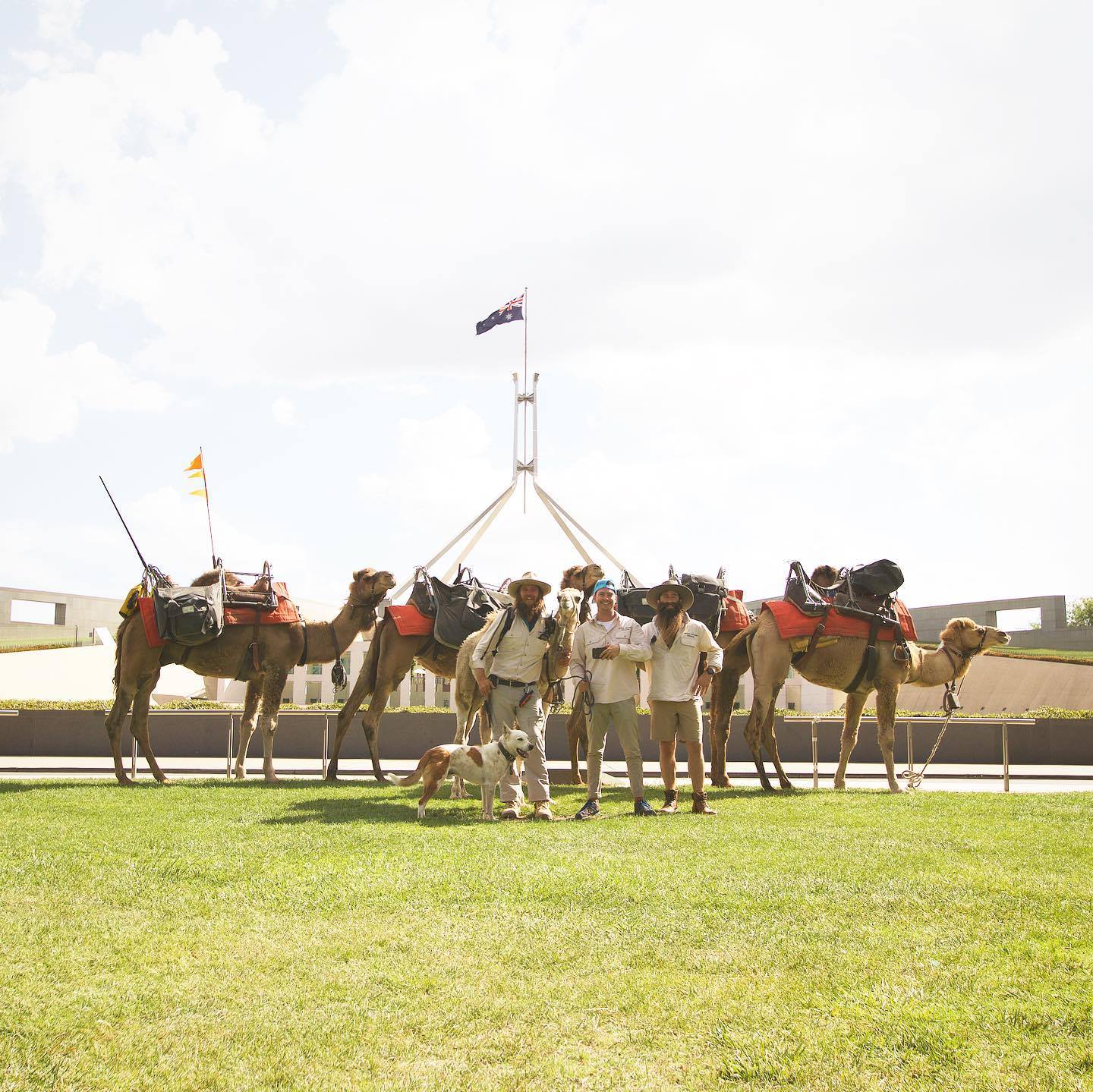 It would be easy to watch the nightly news, see the rants on social media and see the apparent divide growing amongst different people, races, religions, beliefs and even a divide between city and country. Yet in 2,000kms, my merry team of camels had discovered none of that. Thousands of people, tens of thousands of drivers, a great cross-section of the citizens that make up this country had nothing but love, wonder, support, smiles and intense curiosity about this expedition which bound us as Australians for that small encounter.

People often say how things aren’t what they used to be however when travelling “how they used to” Australians seemed to revert back to those old traditional values that I had heard of so often.

Many of these interactions crowded my mind as I approached the bridge, and as I was about to cross an aboriginal lady approached me. She was one of the elders of the Ngunawal people whose land Canberra sits on. She had heard about my trek and had come to welcome me to country, give me permission to pass through their land, and also provide protection for me and my animals through a blessing of us all individually. I was invited to visit the Aboriginal Embassy on my way to Parliament house where I was presented with the aboriginal flag. They asked if I would carry it to the top of the hill, a request I was extremely honoured to fulfil.

Moments later, I stepped onto the lawns of Parliament House, Aboriginal flag flying high. I felt the pride of being Australian, now I felt it deeper than just the last 2,000kms, I felt it from the last 20,000 years.

Many times I am asked why I’m doing this, at that moment I wasn’t searching for a reason why I was basking in the fucking privilege that I am able to. 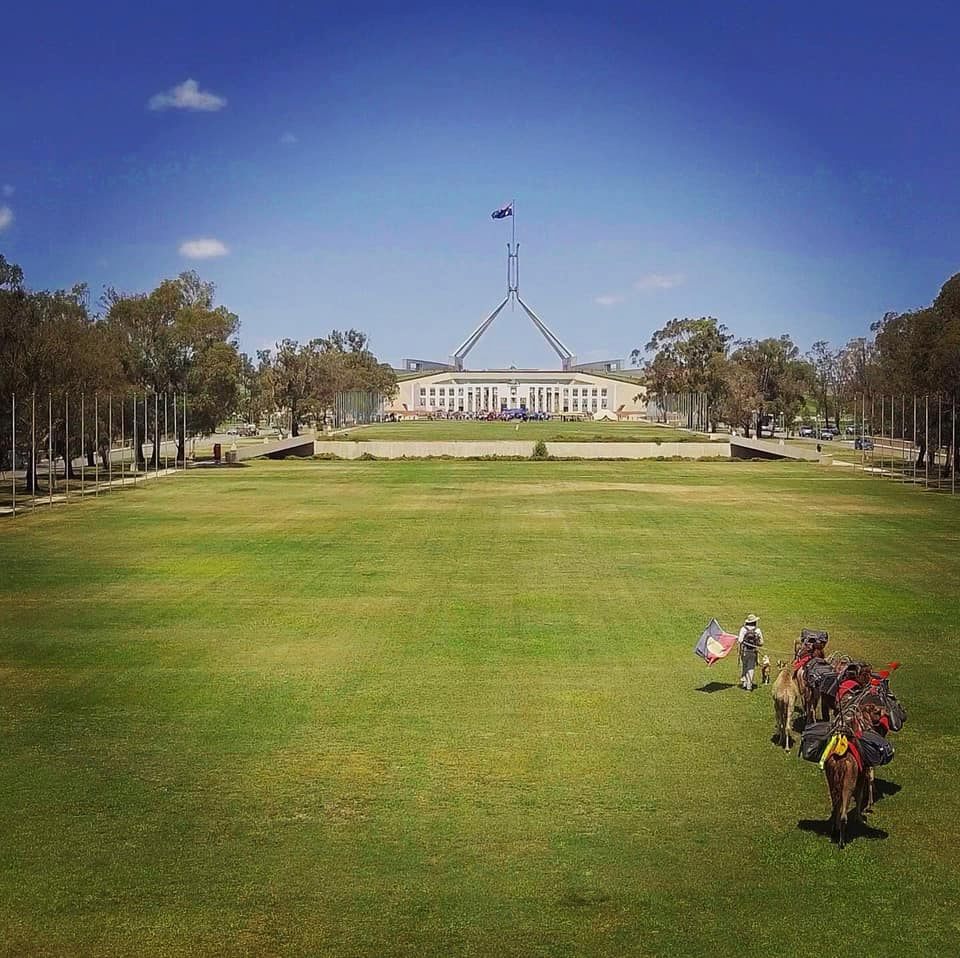