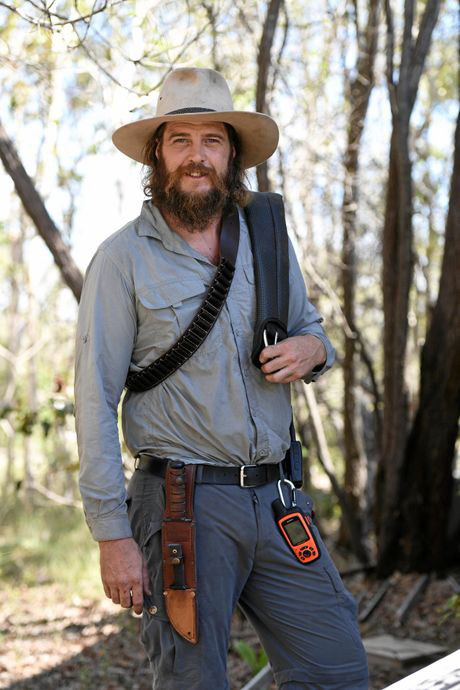 The Start Point – We Made It

Well, the moment that’s been 15 months in the making has finally come together. Somehow I have managed to talk this crazy expedition into existence and I sit here now on day three, in the middle of fields of the sugar cane that is used to make Bundaberg Rum, still unable to answer why exactly I signed up for it.

All I know right now is that I feel I am exactly where I want to and I’m meant to be.

Originally I planned to start from Elliott Heads, on the coast just east of Bundaberg. There wasn’t much science in that decision – I’d never heard of the place until I started looking at the maps for the right place to break through the Great Dividing Range. That was after I had spent a few months at Gympie at the amazing Camelot Camel Dairy and owner Wayne encouraged me to find a launch point and start the final preparations. 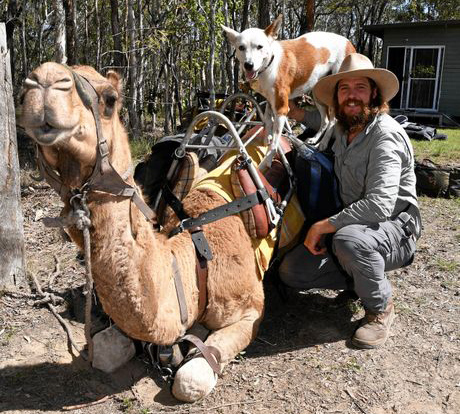 A Different End to the Year

So late December 2018 I drove up to Elliott Heads with my mate, and filmmaker for the journey, Cam Watt to scout out where I could stay with my camels. It only took an hour or so after we arrived before we became bogged trying to get onto the beach.

Needing some help we remembered a small row of houses we’d seen further down the beach. We rocked up to the small community of Coonarr Beach with no idea how integral they would become in getting this expedition off the ground a few short months later.

The first people we came across were Eddie and Sue, and after a brief explanation of our predicament, Eddie was at the wheel of a 4WD to help get our vehicle off the beach before the tide came in. After the rescue, we shared a few beers and our plans with Eddie back at Coonarr. As it got late we thanked him and headed off, telling him we would bring him a carton for his troubles the following day. 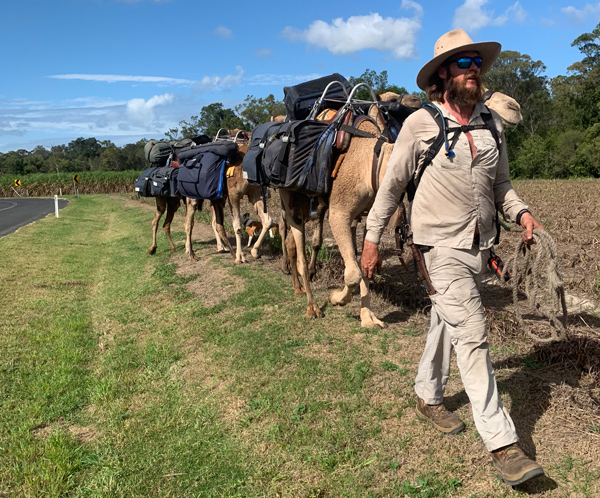 My camels were to arrive in a week and so the first job for this young bachelor and his gang of merry men was to find a place to set up camp. That problem was solved for the short term the next day when we rocked up back at Eddie’s with the promised carton. He was so bloody thankful he threw us the keys to his boat and beach shack up the coast and told us to go and enjoy ourselves before the camels arrived. Cam and I couldn’t believe our bloody luck.

As we headed to the beach shack we stumbled across a bloke who’d taken a leaf from our book and got himself bogged. To keep the Karma police on side we pulled over and lent him a hand. It turned he’d just bought the property he was bogged on and was intending to develop a resort on the place. Seeing an opportunity I asked if I could we could borrow his land for a few months to use as a staging post. “Sure it’s all yours!” he said. 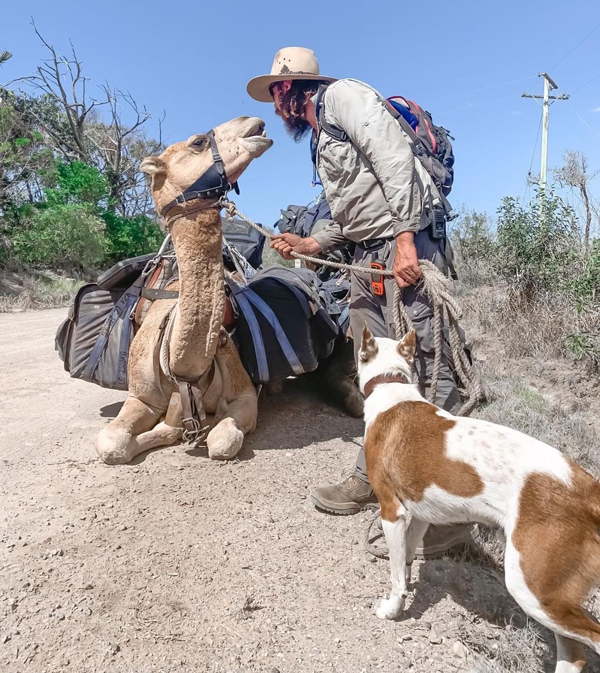 We’d spent 48 hours at Coonarr Beach and already secured a beach shack, a boat and 300 acres of oceanside paradise (if you ignore the mosquitoes)

Once the camels arrived I brought them down to the beach to show the locals. I tied them up out the front of Eddie’s place and headed up for a beer. It was really starting to feel like I had stumbled across the perfect start point.

Over the next three months at Coonarr Beach, I had help, support, water, dinners, company and advice from so many in this little community. The Marcons fed me every Thursday on pasta night (they’re Italians so it was fucking brilliant pasta too!). The Hay Barn crew fed my camels. Pete and Kath are animal lovers who just loved visiting the boys. Bob Elliott (the unofficial mayor of Coonar) went out of his way to help whenever he could and even gave me his 30-year-old Driza-bone. And last but definitely not least were Stan Edwards and Kelly. 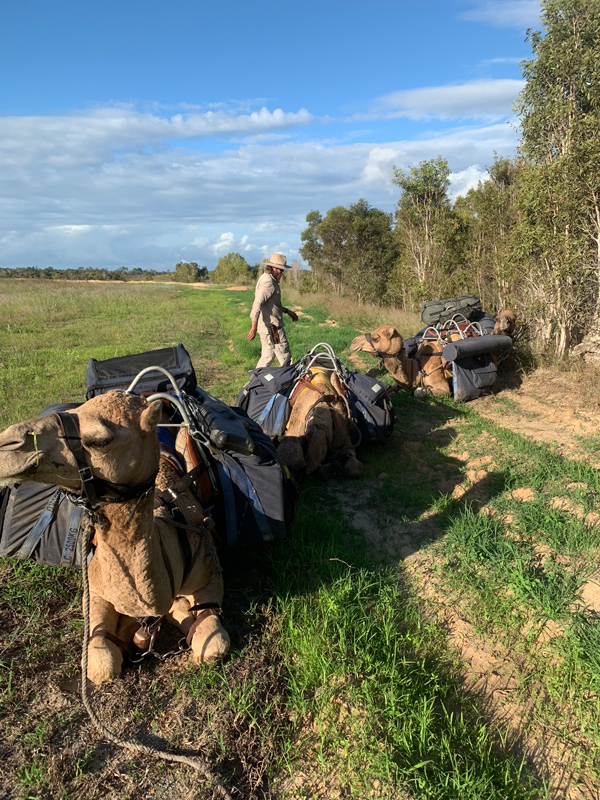 I found Stan after hearing there was some local bloke who might have a camel saddle or two. After driving around for a bit looking for the place that was described to me, I arrived at his place unannounced. When Stan saw me in my outback get-up he said, “Pull up a pew. You look like you could tell a story or two.”

It turned out that not only did Stan have a saddle but also 20 years of experience running a camel farm. Over the course of the next few weeks, he was instrumental in putting the finishing touches on me, my camels and my equipment to give me the confidence to begin this trek.

And to lock it in the residents of Coonarr dragged a one-tonne rock down to the beach to mark the start of my journey. I didn’t select this start point – it selected me. Without the help and mateship of these people I may still be in my tent fucking around thinking about how to start.

So thank you to everyone at Coonarr. I could not think of a place in Australia I would have preferred to start this adventure and I can’t wait to come back and see you all again once this expedition is complete.